By default, Instabug is shown when the device is shaken. This can be customized to several other modes that show the SDK. You can also invoke the SDK manually from a custom gesture or a button you add to your app.

You can set the SDK to be invoked when your users do one or more of the following actions: 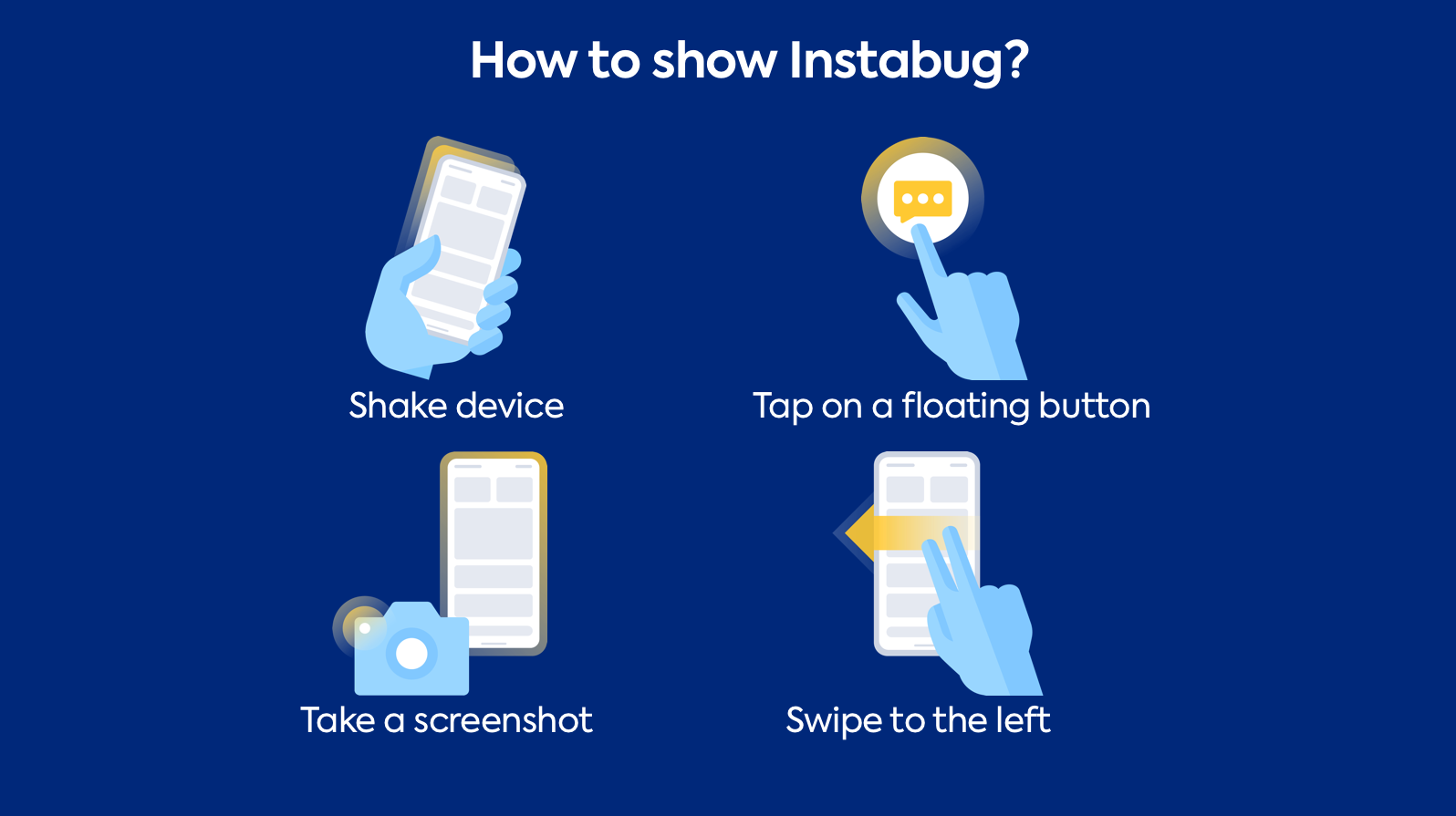 You can find the possible invocation events below.

If you are using the floating button, you can set its default position as explained here.

Use the "none" event if you want to invoke the SDK manually in order to prevent the SDK from being shown through the other events.

If you want to change the invocation event to any of the other supported events, you can do so at runtime​ as shown below.

If you want to show the SDK manually, use the show method.

By default, when the Instabug SDK is shown, a popup appears to your app users with options for them to report a bug ("Report a bug"), share feedback ("Suggest an improvement"), or ask you a question ("Ask a question").

Instead of showing this Prompt Options menu that lets your users choose what they want to do, you can skip this step and take users directly to the bug, feedback, or question reporting flow.

For bug, feedback, and questions, you can also specify invocation options as described here.

This API will show users a form they can use to submit new bug reports.

This API will show users a form they can use to submit new feedback and suggestions.

This API will show users a form they can use to submit a new question.

This API will show users a page where they can see all their ongoing chats. If the user has no ongoing chats, this API won't have an effect.

Learn how to customize the welcome message to your users or maybe even report your first bug.